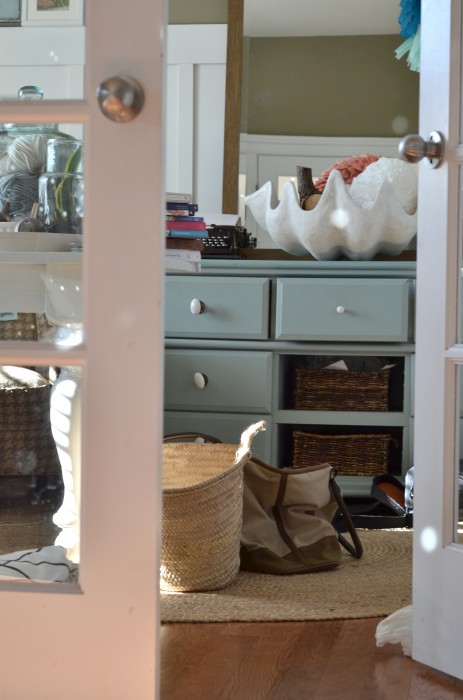 Out of all the stuff I shared this week, this is the most difficult post for me to write. I’ve started over twice.

I’ve alluded to it before once or twice. I woke up (without an alarm, just became wide awake) early morning pretty much every day last year.

Last February I went to the doctor because I knew that I was dying of heart failure. My left arm was numb. My heart literally hurt. I knew I was going to have a heart attack at any moment. The did an EKG and other expensive tests, even one where I had to run on a treadmill like a hill and guess what? I was perfectly fine. My heart was normal. Absolutely nothing was wrong with it.

So then I wondered if maybe my heart was hurting because Shaun Groves had just asked me to go to Tanzania and even though I promptly told him No Way and got a face transplant so he wouldn’t recognize me and changed my phone number and wore a disguise, I couldn’t stop thinking about ding-a-ling-Tanzania. I knew I’d end up going and it scared me hard.

There was another scenario that was stressing me too. And fair warning, long post ahead.

I was finally convinced that maybe I might want to write a book. That last sentence is one I never thought I’d write. Really I was finally convinced that people can write a book even if it’s not their dream. Book writing is not my dream. I always assumed if you wanted to do something as daunting as writing a book, it better be your dream because it’s too much work to simply kind of want to.

Instead of wanting to write the book for books sake and because I heart writing and junk like that, I started simply hating the idea of NOT doing it. It was a slow process that started moving along quicker about 18 months ago. Starting last January I woke up early almost every morning–for the whole year, sometimes as early as 4am without an alarm. And I got up and wrote.

My sister and I took three days last July and had a writing camp/retreat/torture chamber at my parent’s house, she worked on her book that comes out in November, I worked on the hardest thing I’ve ever done in my life: A Book Proposal.

Rewind back to the Allume conference in October of 2011 I met a girl who talked about writing books and being purposeful with them in a way I had never thought about. She changed how I thought about book writing. She also happened to be an agent. She pitched my proposal and a chapter in late fall of 2012. By December I knew I’d be writing a book in 2013.

I accepted a verbal agreement in January with Zondervan. They loved the idea of a spring release and asked if I could possibly have the book done by March 14th so if all went as planned it could come out March of 2014. That was a week before Better Homes and Garden’s came to our house for the Christmas shoot. So they came on January 15th and the next day I had eight weeks to write a book. Lucky for me I had been working on it the year before. But I still had a huge, ugly, ton of work to do. 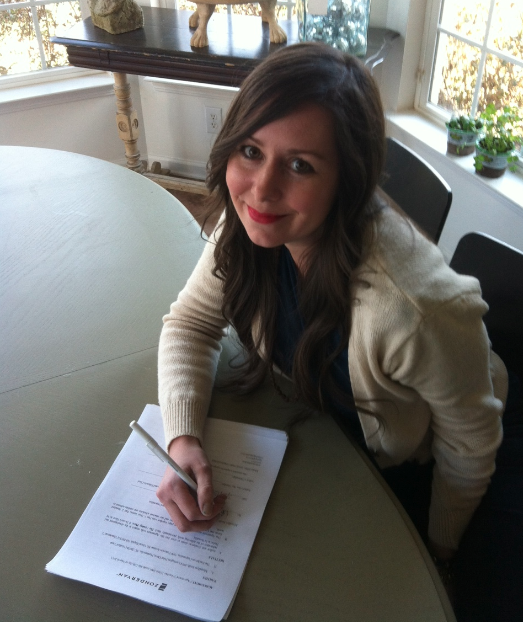 I turned the manuscript in two weeks ago today. I signed the contract the same day I turned it in, which is one of the reasons I’ve not uttered a word about it here. I wanted to make sure it was real before I blabbed about it. And who knows, they could hate what I wrote and say nevermind.

To me this book is a “pre-decorating” book. It’s a book about how to think about our homes. I tell our story of moving a thousand times and talk about risk and contentment and dealing with other people’s opinions and the purpose of our home and lovely limitations and all of that, in-depth and fun. The last section is full of applicable tips that anyone in most any situation can apply right now.

It’s going to have photos too. And that is where I am right now. The pictures are due in one week and I am SO ready to be done. I am so tired. Y’all, I am so exhausted. I don’t even know if I’m doing a decent job at this anymore. I feel like my life has just rushed by this last year. And especially since December. It is not my nature to enjoy big deadlines and little margin and doing hard work day after day after blessed never-ending day. Can I tell you that I’m ready to be done with this for a while?

I’ve missed hockey games, I’ve gained pounds, the milk is sticking to the shelf in the refrigerator, I’ve sat in front of this screen and turned into a robot at times. And I think this post is probably where I’m supposed to be all excited and happy and “look at me I wrote an excellent book, don’t you want it when it comes out” and instead I’m all “I’m so over this book because it’s been my too close companion for the past year and I want to take a month off from using words and stay in bed and watch non-existent episodes of Downton Abbey and Nashville“.

I know you all can handle those feelings I have. Two years ago I would have felt like maybe I shouldn’t say that paragraph above because it would sound complainy. I know you get emotions like that and you’ll tell me to look at the big picture and that this week is probably the worst time possible for me to write this post because I want to chop my computer up in a million little pieces with a sharp axe and command time to stop for a month or two. I cannot tell you how great the last eighteen months have been to try something and have someone say “yes” and then work hard and then see the finish line. Next year, I’ll have a book out. It’s huge. But I’m almost done.

I wrote a book.