← Christmas in January I Played With Barbies When I Was 15 → 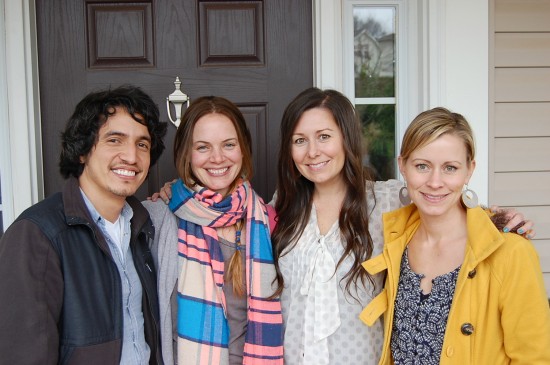 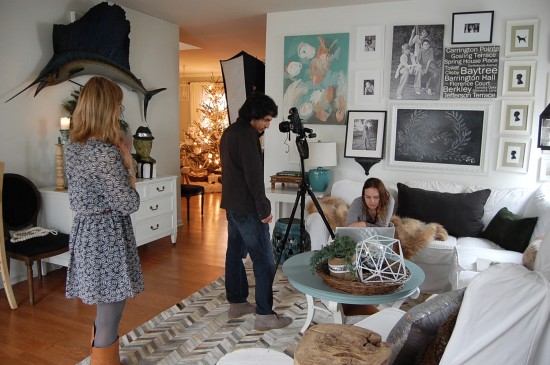 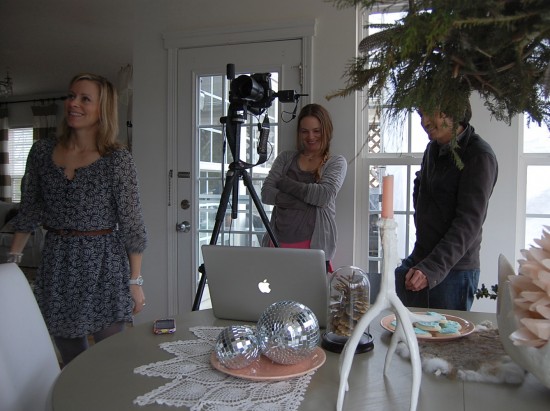 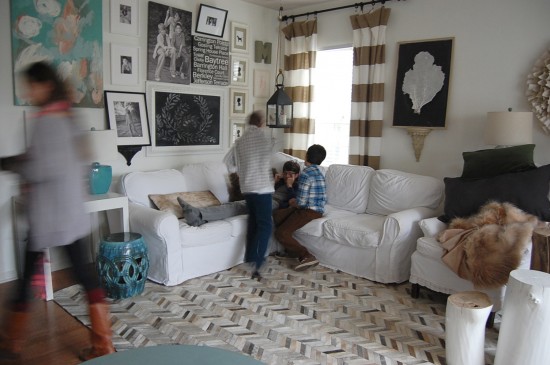 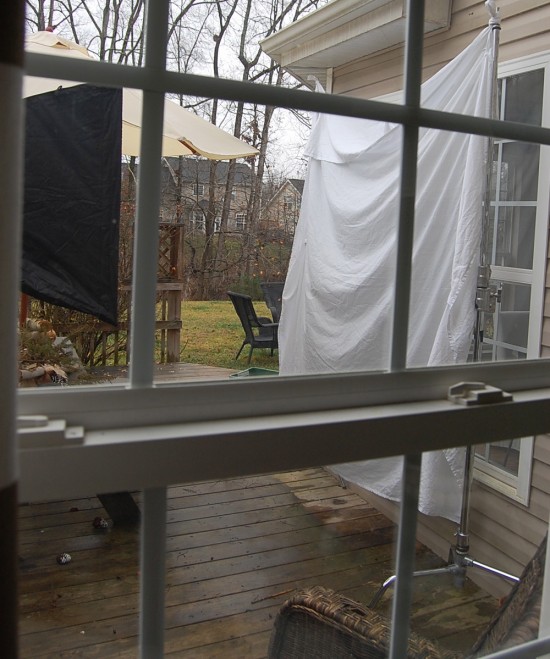 Yesterday was so much fun for me. The crew came in the morning and I pretty much just followed them around and watched and tried not to get in the way. They photographed our bedroom, family room, front room, my office, the breakfast area and the foyer. The rooms were all decked out  for Christmas. I’m hoping that this was the least expensive Christmas decor they’ve ever featured. Not that there’s a contest or even a way to find out. But in my own head my goal was to be inspiring, super-creative, risky, fun with FAST easy decorating that is über accessible and also simple. I hope it comes across that way, you don’t really know until the issue  comes out.

Here are a few takeaways:

90% of the time is spent getting the lighting right. They want pure control of the light and Brie said it was actually easier that the sun wasn’t out. Pat’s job was setting up the lighting and then tweaking it for Brie after they looked at the shots on the computer.

They pretty much pick the exact shot they are going to use right here sitting in my house, they’ll mark the one they think is best and send that one on so it can be worked into the layout.

Nicole had Brie take the picture THEN she would look at it in the monitor and tweak the items being photographed–like change the angle of a present or see a cord that can be tucked away. She did no adjustments until she saw it in photo form.

They brought nothing to stage my house with. I think everyone assumes that magazines bring in a bunch of new stuff to make your house look better. I’m taking it as a compliment that they simply used what I had.

Whatever photos they use for scouting (whether you send them in or they come and take them) that’s what they are assuming they have to work with. I don’t know why this always surprises me. I’m a changer.  My house looks different every week. Nicole said that bloggers seem to be the most notorious for moving stuff around and they are used to it but I think they probably always wonder what will be changed when they arrive.

This issue will come out October-ish. Don’t worry, I’ll remind you.

Thanks for putting up with me talking about this stuff.  It’s fun, but real life happens here 99% of the time so even though it’s an honor to have my house looking pretty in a magazine, I think our every day house with stacks of books and legos and messy desks is just as beautiful. If our house was clean and put together all the time, it’d be a real shame.

Update: Here are some of the photos from the shoot.

New here? Read about my first magazine shoot, lots more behind the scenes info if you are interested, the story is currently on newsstands in the Spring issue of Better Homes and Gardens Do It Yourself Magazine.

Can’t get enough behind the scenes info?  Kate had a photo shoot at her house last week and interviewed the field scout/stylist, it’s a fun read at her blog Centsational Girl.