It’s All Too Much

← A Few of My Favorite Things {From the Nesting Place Sponsors:: Just in Time For Mother's Day} Tanzania Bound → 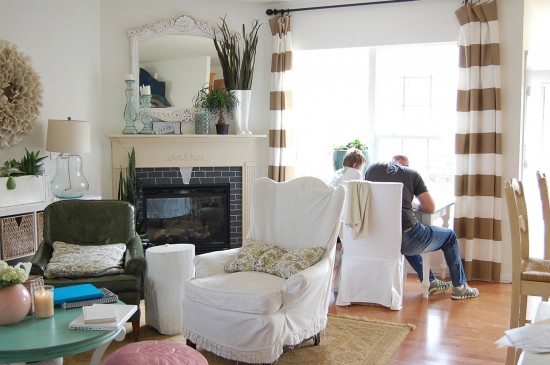 I’m intentionally writing this post now instead of in two weeks after I get back from Tanzania. Because you might think that I only feel this way because of my trip and blame poor Shaun Groves and Tanzania and the truth is, I’ve been feeling this way for months. Months, I tell you.

It started last year with the decorating for Christmas with a rock.  Remember that?  Wait, it didn’t start then, I know exactly when it started, The Cottage. Two years ago.  When we went to the cottage I was so inspired by the quiet atmosphere–both outside and inside.  So we can blame the cottage on my wanting more of less.  Really, the cottage was like an intervention for me. “Nester, well all love you but honey, you are addicted to accessories, you rely too much on them, be free, stop the madness.”

I’m longing for less and less stuff because less stuff for me = more life.  I learned that last year after I decluttered (remember that Hoarder’s marathon? blame that).  The less stuff I have the easier it is for me to keep our house clean, the less stuff have to take care of.

I’m not going minimalist, no way.  I love me a purposeless pretty pink pouf BUT, I want everything in my home to be there on purpose.  And even though I decluttered last year, and the year before had the great yard sale of 2010 decluttering is an ongoing process plus, I’ve found that the more I get rid of them more I want to get rid of.  It’s really great–even though I haven’t made many purchases in the past year, my tolerance for stuff has declined so now I’m craving the idea of LESS.  It’s addicting once you start.

Then I suddenly couldn’t stand it any more and wanted our family room white.  YESTERNOW.

Y’all, we have too much stuff.  Our two car garage is full.  Our closets are fullish.  Our surfaces get covered every day and then I don’t clear them because I’m not sure where stuff goes.  Don’t get me wrong, I’m not talking about being annoyed about the boys school work being out or a crumpled up blanket on the sofa. Oh No!  That is the stuff of life.  That’s not clutter, that’s our everydayness showing.  That’s the stuff I need to plan for and make room for. 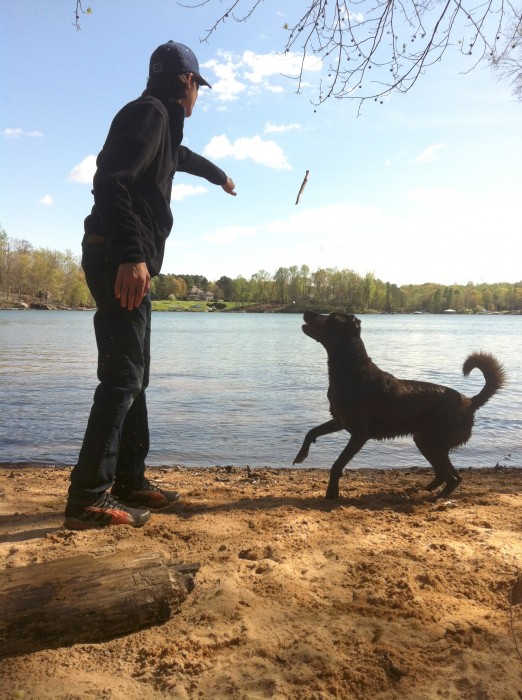 And I’ve hesitated to do anything about it because a magazine is coming to my house to take photos (a week after I get back from the trip, oh my) and I hate to wreck it all up before they get here.  Not that I want to wreck it all up but you know, when you start tweaking things you need a little adjustment period before it looks right again.

Anyhow, I’ve been living with my own pretty clutter for a few months on purpose and it’s about to drive me crazy and I just wanted you to know that.  The end.