← Being Goal-ish Bonus Room: In Progress →

Everyone wants to know why I moved my sofas. The number one answer is: because I am me.  And that’s what I do.  But I also have a real answer.

This is what it looks like at 1:30 on a Tuesday. My husband is “doing the homeschooling” and this is the part where they are supposed to be watching a movie on the Bubonic Plague.  I’ll let the picture do the talking.  But this was my reality.  I needed to get some work done.  And my work often consists of taking photos. And going to the kitchen 89 times for more ice for my iced coffee. And admiring my quiet house. Or at least I’ve figured out that’s what I like to do when I work.  I realized that all of us are headquartered in the same 20 feet radius. And our house is more than 400 square feet so there was no need for that. If the boys and my husband were doing school and I needed to shoot some photos or hot glue something we were suddenly in each other’s way. Meanwhile…

Meanwhile, we had this huge empty room upstairs just waiting to be fabulous. Or at least he’d settle for being used. Normally I keep the bonus room door closed all winter and the boys would venture up there to play sometimes. When you are renting, (even when you buy) sometimes you are lucky enough to end up with some rooms that you simply don’t use all that often.

But, things have changed and we are here and dirty socks are accidentally getting hot glue on them so I declared that we should turn the bonus room into man central station.

So we moved the leather sofa and the TV upstairs. 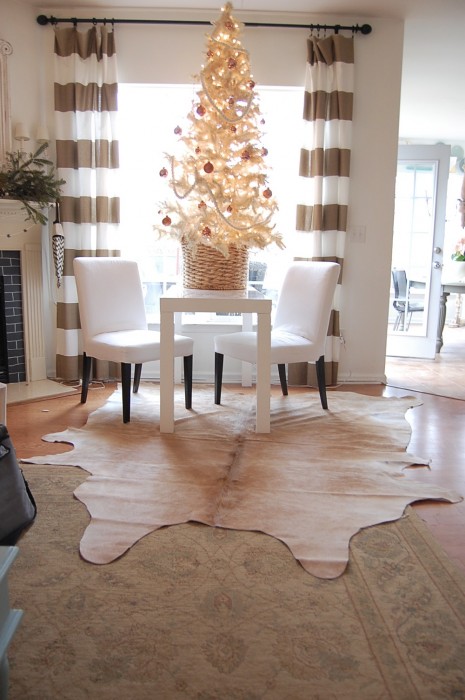 During black Friday, I ordered a big cowhide rug from Rugs USA.  They had a 75% off sale with FREE shipping. And I had the flu but managed to feebly eek out an order. The moment the rug was delivered all I could think of was how remorseful I was that I didn’t share this great deal with you all. But I felt so horrible that day.  I published a little deal post that morning and it killed me not to add this deal in. My apologies to everyone, because this was my best deal of Black Friday, I promise next year I’ll be all over the deals with you. This rug was $185–that’s less than the smaller cowhides at Ikea!  And it is wonderful. 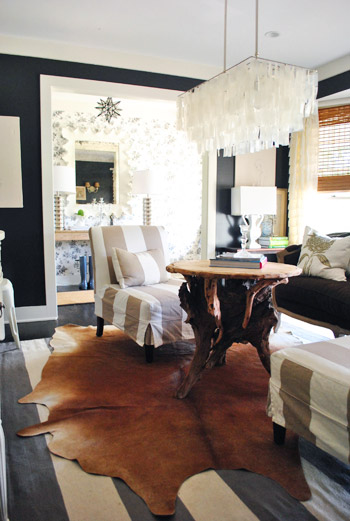 So what does my RugsUSA cowhide rug have to do with moving the sofa upstairs?  Well, the day we moved the sofa I promised the boys I would order a rug for that room.  The floor gets so cold since it’s over the bonus room.  Luckily, I had about $200 in store credit at Joss & Main.

If you scroll up to the photo where all my menfolk are watching TV you can see my tiny cowhide rug there at the bottom of the photo.  It’s about 1/3 the size of my new one and it’s 3 legged. Which is why I got it for only $60 a few years ago.  I love the rug and noticed that it was really durable.  Which is why I had my eye out for a bigger, inexpensive cowhide. So I ordered and received the new one right around the time we moved the sofas. Naturally, I had cowhide on the brain. 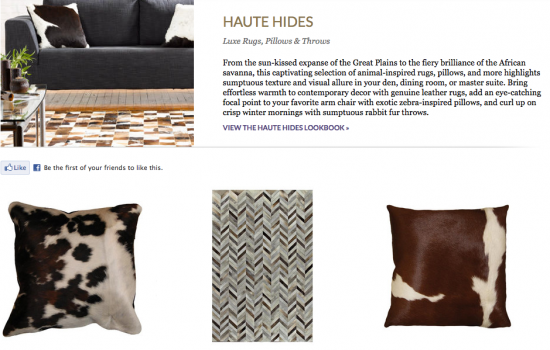 I needed yet another rug. Stat. For the frigid bonus room with no insulation over the garage.  And there was a sale going on at Joss & Main called Haute Hides. Which caught my attention because I had just received my newest cowhide and was completely in love and I knew how durable they are so it would be great for the bonus room so I ordered one.  The one right there in the middle.

I’ve had great luck ordering rugs online.  I started small with maybe a $100 risk (if I didn’t like it I could always sell it) so over the past few years I’ve moved up to ordering larger rugs.  Every rug in our house but two was ordered online–without ever seeing it first.  Some of you already saw this rug on instagram… 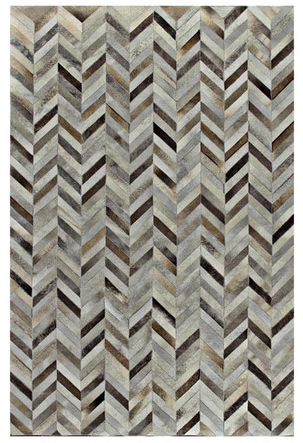 Sidenote: At first I had a 5 x 7 in my cart. The 8 x 10 was a few hundred dollars more and I figured it was just for the bonus room and that would cover the open area between the sofas.  But then I remembered how I just sold two rugs at my Big Sale and most of the problem was that they were simply too small for me to use them they way I wanted. Plus with this rug being a neutral, I wanted the option to move it to other rooms. Really, for me to order the smaller size would have been a waste of $400ish. I was SO hard to dish out that extra money but, I knew I really needed the 8×10.

I think it ended up costing a little over $600.  I had some store credit but I paid a few hundred dollars for a big patchwork cowhide rug I had never seen.  I knew it would be neutral and it was for the bonus room anyway so as long as it wasn’t on fire when it came, I’d make it work. Besides, the big greenish rug in our family room cost over $700 and I’ve had it almost ten years and it’s been wonderful.  I’ve learned that rugs are worth the investment.

Surprisingly, the rug was delivered two days later and the moment I opened it I knew there was no way I’d let it get hidden up there in the bonus room.  This was going to be on display downstairs in all of its cowhide, herringbone, patchwork glory.  I love how imperfect it is, some of the hides have long hair, some short and all the greys and browns–it’s glorious.

our dog is still suspicious of this rug

Isn’t she lovely? And I’m happy to report that red soda has already been spilled on it and it cleaned up with just a towel.   Remember, this hide has been outside on the backs of animals, if it survived through that, it surly can survive our house. 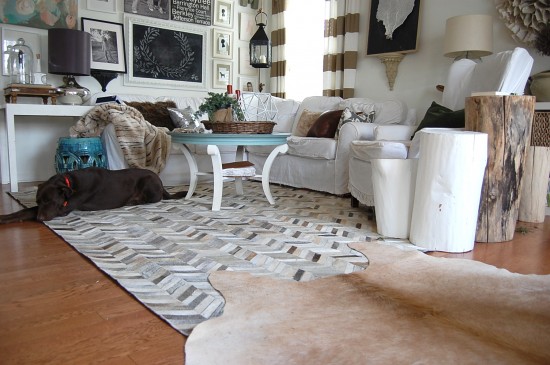 Here’s a shot of the regular cowhide layered on the patchwork cowhide.  I went a little hide overboard in this room.  The variations in the patchwork hide are more dramatic than in our last rug so I’m slowly adjusting the rest of the room so everyone gets along.  It brought in more “goings on” in the room so to make up for that I’m trying to quiet down some other parts.  I’m not there yet. 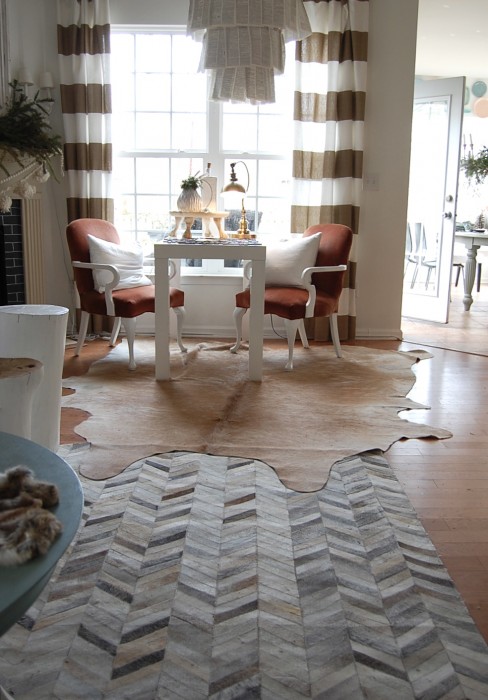 Here’s the other angle. I also moved that $25 thrift store desk down from our bedroom and flanked it with the copper twins.  The hanging thing is just a metal light form that I attached book pages to, it came with a light kit but “for now” I have an Ikea light kit attached to it and rope holding it all up.  Which is why I cropped that part out. 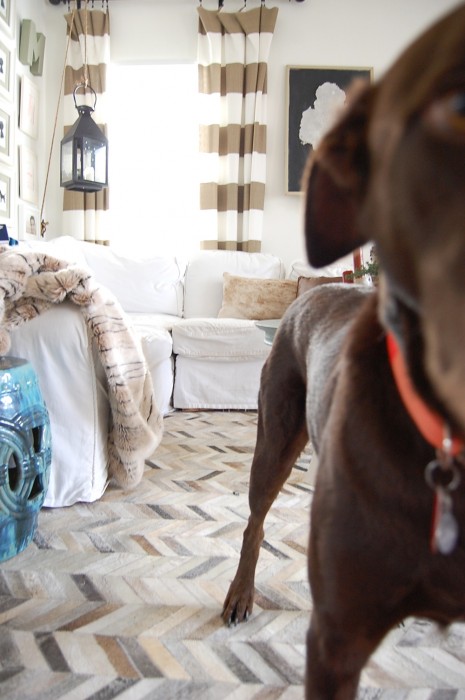 And here’s what happens every single time I try to take a picture in my house. 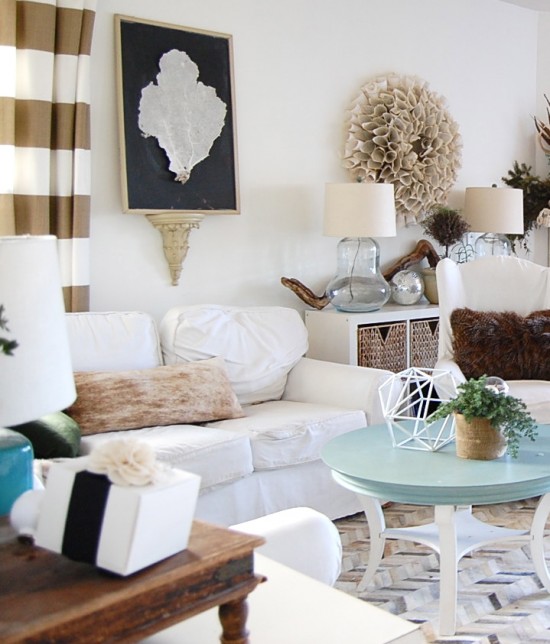 A few other changes?  I bought a big stick.  Yes, I did.  Angela and I were at an estate sale and there was this perfectly shaped driftwood (from the lake) stick that I knew was exactly what I needed.  Like a fool I asked ‘how much?’.  I should have just asked if I could have it.  But they charged $5 and I knew I was either really dumb or really smart.  When I got home I decided I was smart. Because the bend at the stick happens in just the right place to snuggle in a baby disco ball!  Bet you never thought you’d read those words all in one sentence? 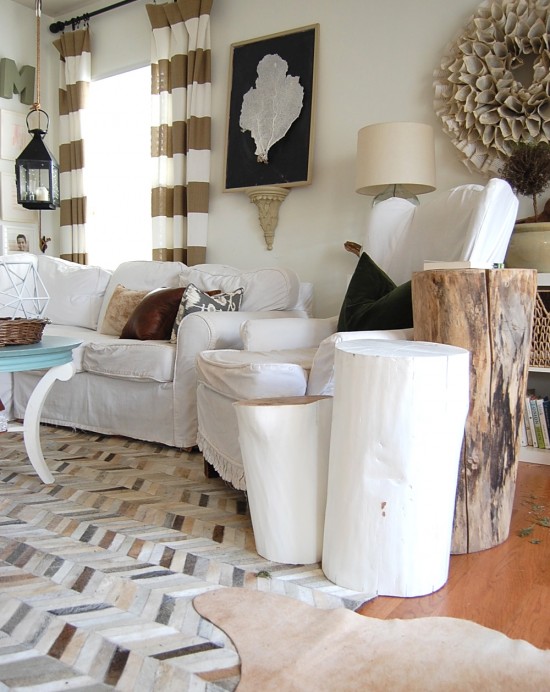 And I also clumped together a little grouping of tree stumps for a side table.  My husband and boys sanded them, and painted a few.  Also I lost my dustpan but that’s not really big news.