How to Have a Swap Meet 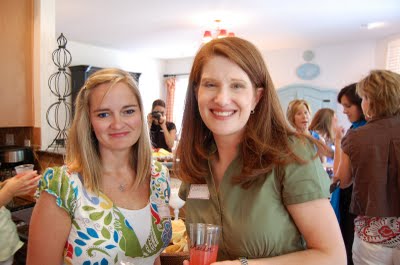 This post could very well be 15 pages long. I’ve got photos, I’ve got tips, I’ve got some guidelines. Don’t hate me because I’m wordy?

Here are the basics to having a swap. I’ll go into entirely too much depth on each one as you scroll down. There will be no need for comments because everything that could possibly be said about this swap will be said by me. But I still want comments because I heart them. 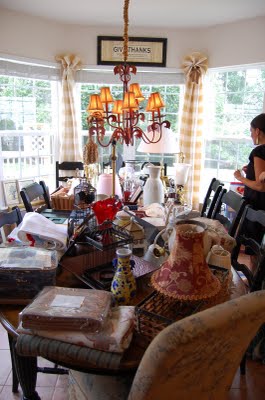 Of course, I opted for a housewares swap. There are all sorts of swaps: women’s clothing, kid’s clothing, books, holiday, kitchen stuff, jewelry/accessory/purses and stuff, many other things that if I were really funny I could think of, I bet you are thinking of a great swap idea right now. 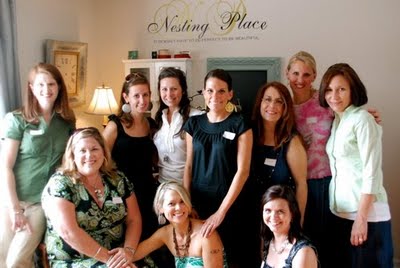 I opened the swap up to anyone who reads this blog. Because I am a crazy woman. Luckily, no killers came. I wrote this post months ago, and from there, me and my unorganized self tried to keep track of anyone who commented and told me that they would be want to come to the swap. 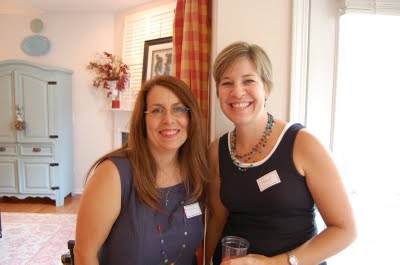 Can I just tell you that I was a nervous wreck that I would accidentally, unintentionally, totally innocently somehow leave some people out that wanted to come. As the 100%2B comments started rolling in I found myself completely unprepared for organizing whatever communication I needed. I’ve already come across two people who somehow didn’t get an invite–both people who I actually know in real life! Oh the humanity! They somehow didn’t make it to the email list. If you waited for an invite and didn’t get it, please forgive me and know that it was purely human error and nothing more. The last thing I want to do is have anyone feel left out.

Tip #1: make sure an organized person is in charge of your swap. 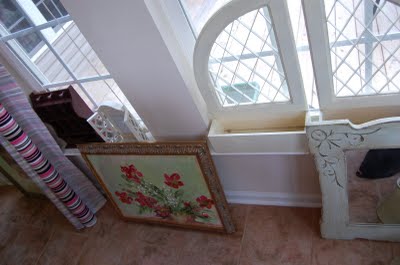 A month or so after the first call in the comment section went out for swappers, I sent out an email to all the people who showed interest in the swap, with a date and time and told anyone who could make it to reply and they would get an invite. I figured that would be a good way to weed out any lazy killers. I’m pretty sure it worked. There were some people who left a comment saying they wanted to come and left no way for me to contact them. Unfortunately, those dear people did not get an email from me. Some people didn’t reply for a while, those people got put on a waiting list. I wasn’t able to include them this time. If only my house were bigger. 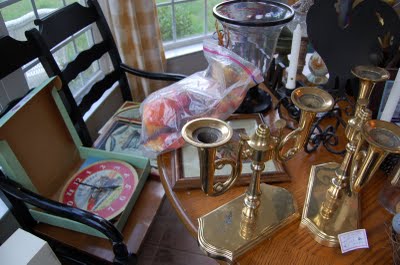 From those replies, I sent out an evite that included a link to a back dated blog post all about the upcoming swap meet. This hidden post was a place for me to explain more in depth what the swap was, how I wasn’t organized-so-please-don’t-expect-it-to-run-smoothly and also provided a place for swappers to see who else would be there and ask questions in the comments. I also had to ask people to not bring friends this time seeing as it was my first swap and I had a full house. That was a hard thing to ask. 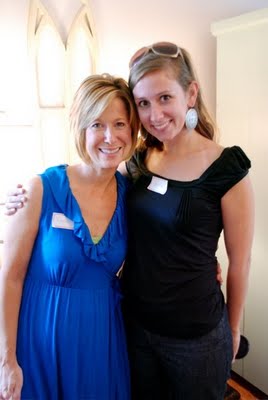 Renee and Emily
I invited about 40 people and about 25 people were able to make it. It was a full house. Ideally, I think a swap would work best with about 15 people but, I opted for fun, not organization. Having a big group also makes you feel like you don’t get to really talk to each person. That’s a part I didn’t like either. I wish I could have had a long conversation with everyone there. 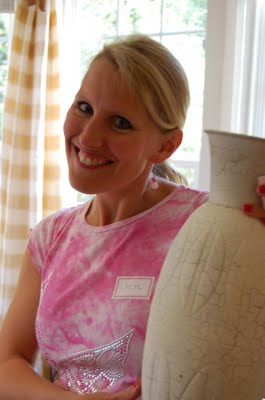 As people came, we had them lay all of their discards out on my big table. It filled up, so my mom cleared out all the stuff out of my little front sitting room and also let people set out stuff in there. Overflow. We had rugs and bolts of fabric, holiday decor, lamps, chandeliers, trays, and other stuff you would want. 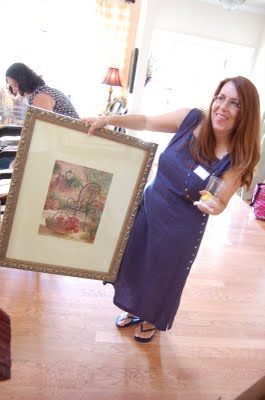 Then, we drew numbers 1-25. Second, I forced my sweet friend, Jen to make announcements while I hid behind my mom. We went in groups of five. So Jen would just say “Ok, the first 5 people can go pick out their item”. 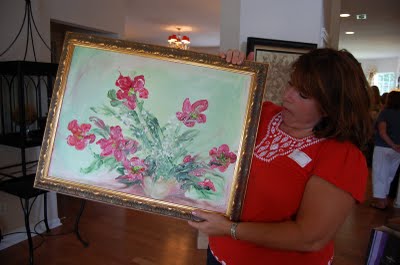 The first lucky five women got to make their way to the table {or front room or look over both} and make one selection. If something seemed like it was part of a pair, they could take both things. Some of us watched, some talked in the living room. Some of us purged ourselves with that dip that Richella brought while smelling the flowers that Bonita cut from her own garden. 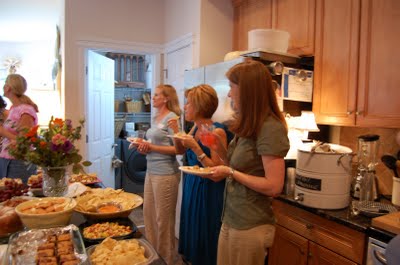 After what seemed like 2 minutes, the first five people were done and Jen was announcing that numbers 6-10 could pick. It went a lot faster than I thought it would. I guess everyone had their eye {eyes if you have two} on a few things that they wanted. 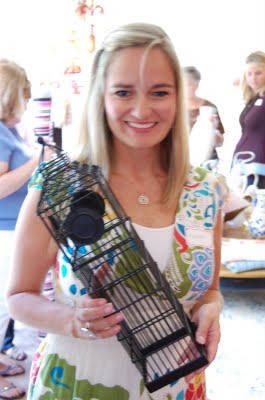 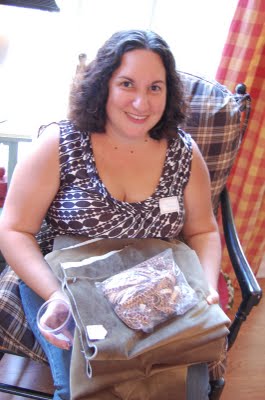 And 16-20 and so on. Everyone seemed to get at least one thing they were happy about. I didn’t find any cast offs under the bathroom cabinet or anything. And there was no hair pulling. Everyone was quite civil. 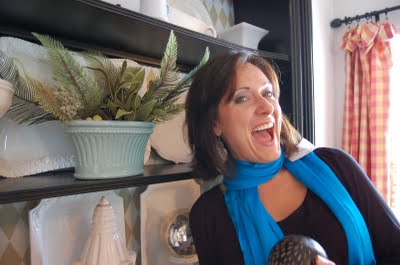 Lysa even found some great things from the swap table that she thought would look good in my house. I’ll tell you about those in another post. 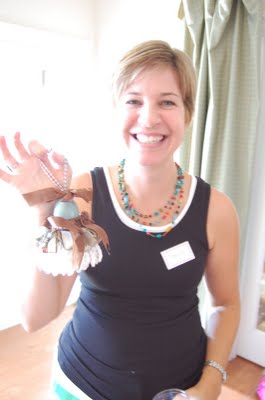 The fact that we had so many swappers dictated the kind of swap we could have. With fewer participants, you could have an auction style swap like a nickel auction {thanks sara and tiffani!}, or you could take the time to give each item a tag based on worth and hand out tickets based on what each person brought. I like to have as few rules as possible. 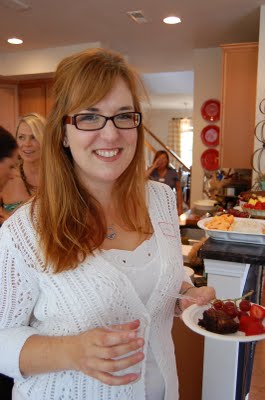 But the food rule. There MUST be food. I just asked anyone driving less than an hour to bring a delicious finger food.

And the mom rule. It’s nice to have your mom there wiping down your microwave before people walk in and answering the door and warning you that your three boys just came in the back door while holding what looked like real guns. 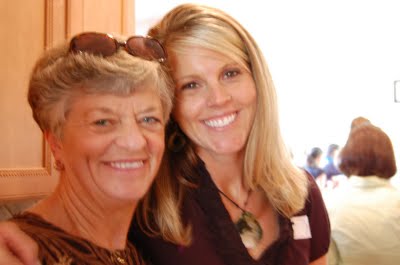 My mother in law and sister in law came too. Y’all, I have the craziest story to tell you next week about my MIL and this swap. But this post is getting long now. 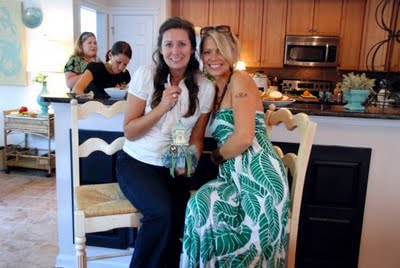 Lily and I even made a major trade. We had emailed before hand about some bar stools she didn’t want anymore. I bartered with tassels. It was her idea. 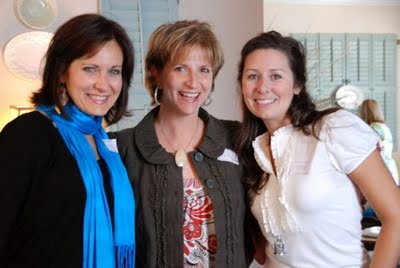 I hope a fun time was had by all. I know I LOVED every second of the swap. I even scored that basket of eggs that Tracy {I did not get a photo of YOU???} brought! At the end we let people grab anything they wanted from the table that was left over. And the stuff that no one wanted {many pieces of my own junk was left over} got packed up and sent to the goodwill.

June whom I stalk, and Meme {my dear friend in real life who stalks June with me} and Angela {my yard sale partner} and Eileen, we missed you! 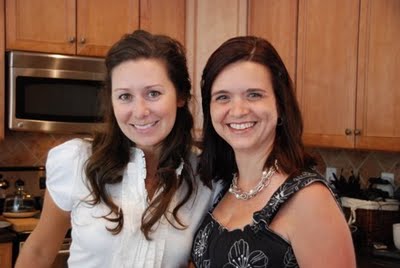 Not to mention, Kimba got to spend the night with me that night. We laughed, we ate, we spoke blogese. It was wonderful. 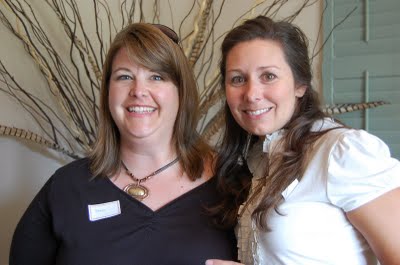 I’d love to do it again. Next time I would love to open it up to anyone and have it a church or someplace large. I would also have people bring at least 5 items so everyone gets to leave with more stuff. A swap is such a great way to recycle stuff you no longer want. As long as you chose a good swap method, there’s really no limit to how many people you can involve. So yes, from MOPS to bunco, a swap meet can be successful!

Anyone want to plan a big swap meet? I’ll be there!