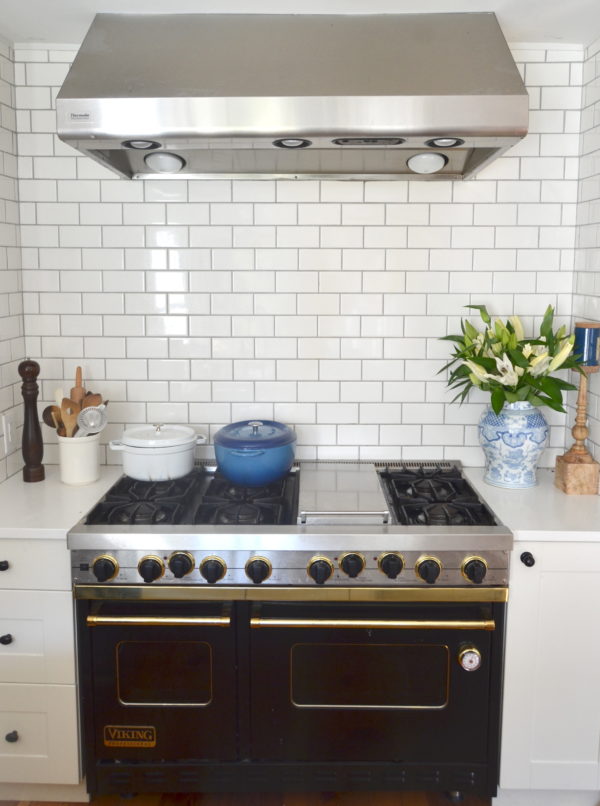 Sometimes I feel like you and I get to talk about stuff one time and that’s it. And it’s all my fault. So I thought I’d bring up something we talked about two years ago–our Viking Range–and let you know how it’s working out for us.

We found this 48″ Viking Professional Series Range (and the Thermador hood) on Craigslist two years ago. It was six years old at the time and here’s where I wrote all about it.

We paid $2900 for this queen of our kitchen (and her crown, the hood) something I hope to use every day, if not multiple times a day. And let me promise you, I was a NERVOUS WRECK spending that much money on a used appliance from Craigslist. Besides our house and cars, it’s our single most expensive purchase we’ve ever made. But I did my homework and decided it was worth the risk. 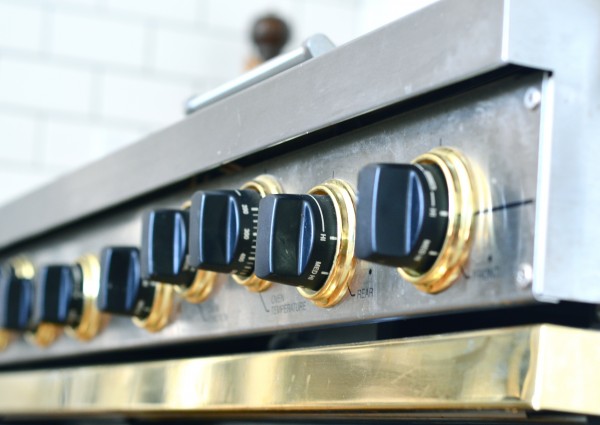 So, do I like it as much as I hoped I would?

YES. YES! I absolutely LOVE this range. It is the perfect one for me because it is SO simple. There are no bells or whistles. It’s just a cooktop with six burners, a grill and two ovens, one is convection if you want to use it that way. There are no special gadgets, no timers–not even a clock. Nothing is digital. There is no technology. Amen.

It’s a straightforward beast of a machine that I love. Y’all, they even DROPPED the thing when the men were moving it out of the truck. In their defense, it does weigh 18,000 pounds. I had to run and shut my eyes and hold my ears in the closet. And it still worked fine. This could have been built 200 years ago. By a barge company. I can pass this down to my grandchildren. It’s built like a tank and does one thing really really well: cook. 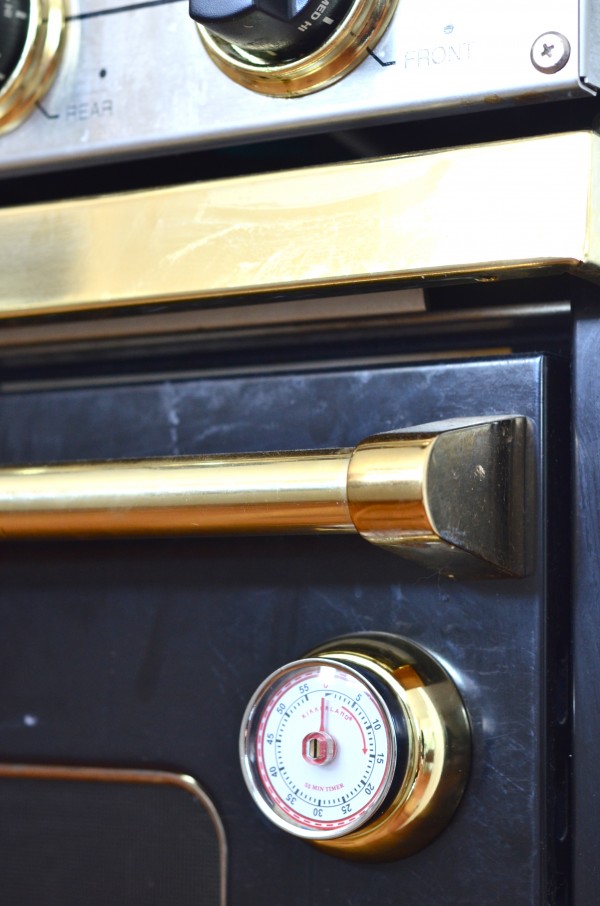 Like I mentioned, it doesn’t even have a timer. So this little magnetic gold timer is a permanent fixture. Also, I really could have wiped it down before I got closeups. Gross. My apologies.

The best part is, my cooking is actually better now that we have this. Really, after using an electric stove for ten our so years prior, I’m pretty sure I would have felt that way no matter what gas range I had. But to be able to cook things… 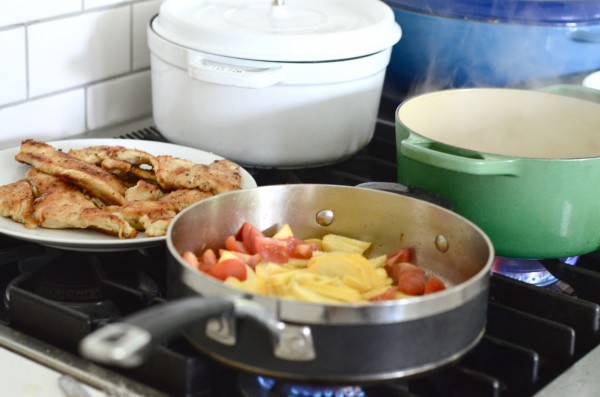 …like a real person with a stove that actually had some power. It browns food like nobody’s business. It’s fast and powerful and I always look forward to getting use it, even have two years. Also, I am slightly nerdy about appliances, so keep that in mind.

Our property didn’t have a natural gas line, so we made sure that the range had a propane adapter, so we simply had the local propane people come and deliver a tank and run a line through our basement. It was a few hundred dollars for everything.

Here’s a little montage of photos from our past two years together. And ode to an oven, from the time it sat in the corner waiting for the kitchen to be put back together, through all the different stages of finishing the kitchen… 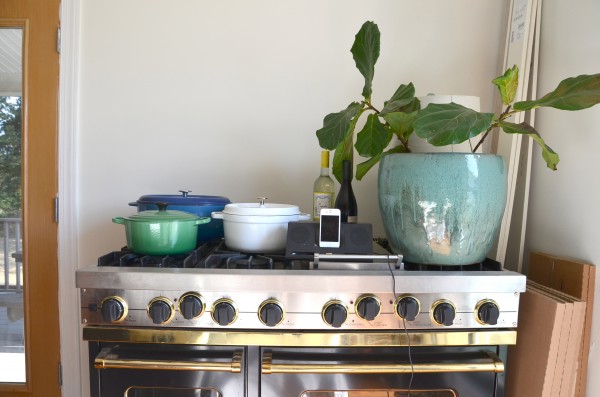 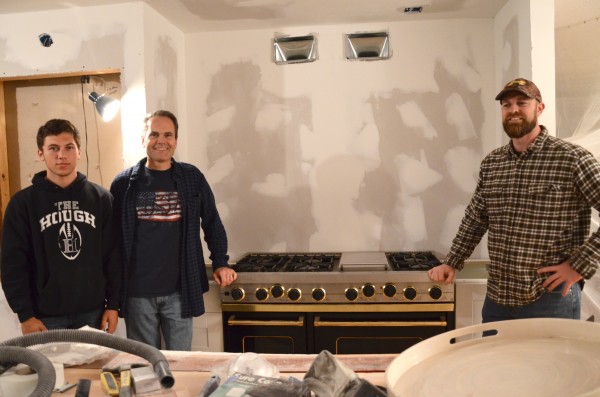 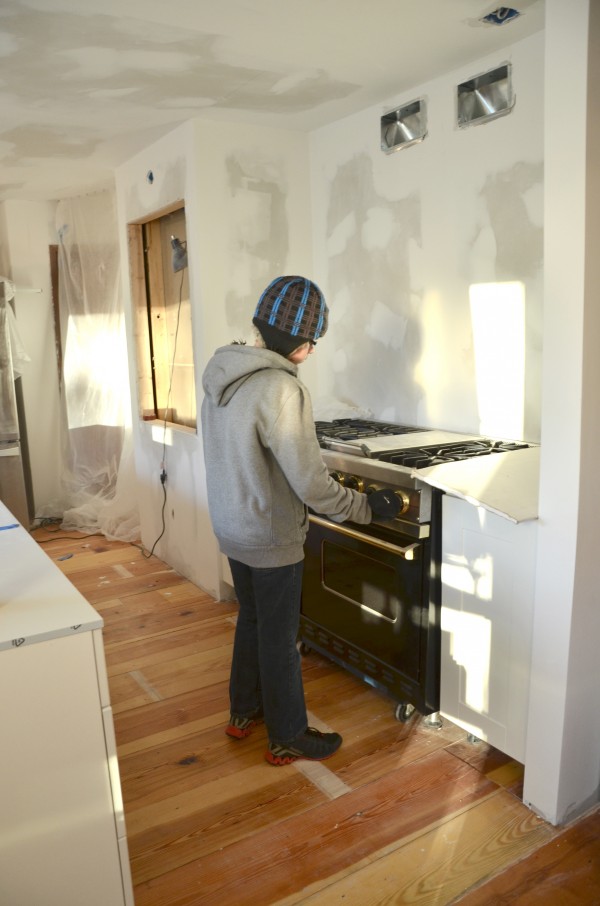 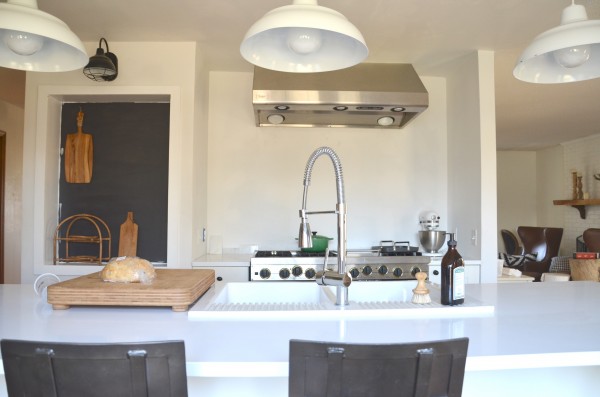 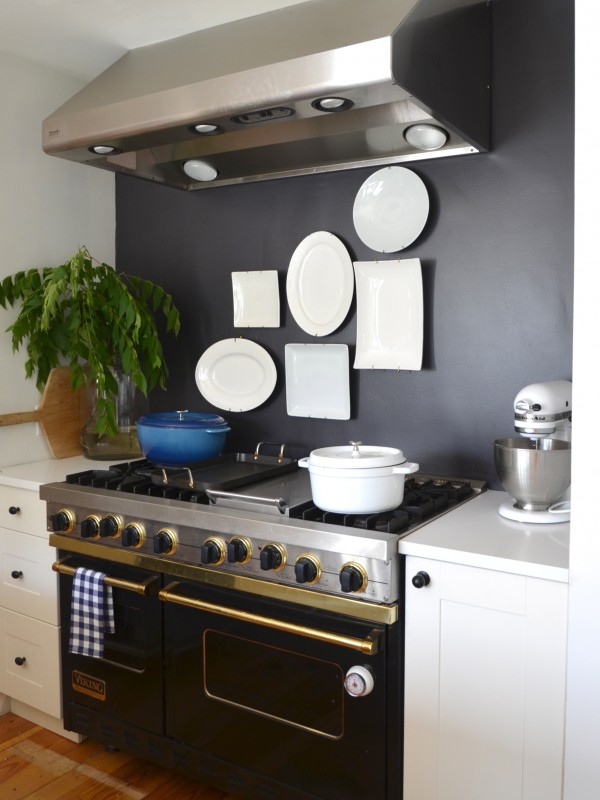 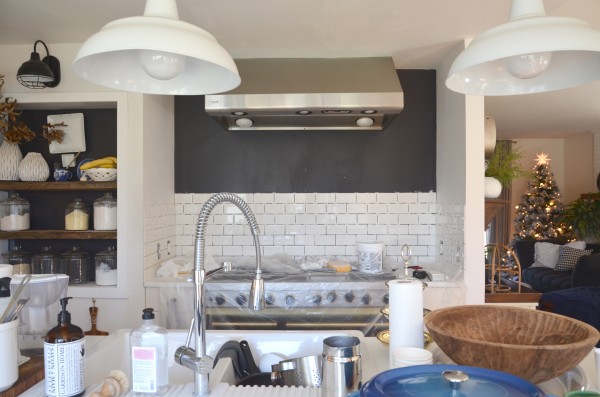 If you have any questions or want to share about your range, let’s chat in the comments.