How Nester Got Her Margin Back

← A Revolution My Vacuum Is Broken → 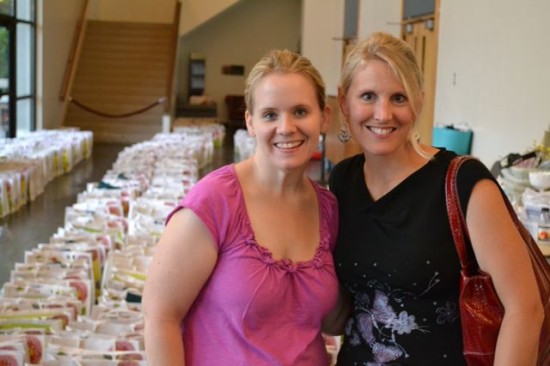 Remember how I went on and on whining about the fact that I had to get ready to do two 1 hour sessions all by myself at the Becoming Conference? Well, it’s over and I loved it of course and to top it off, I have my life back. Jen and Jenny were the masterminds behind this project. If you were confused, my photo was on the front page of the conference site but only because I happened to go to a meeting at Jen’s house and then proceeded to make it clear that I know I’m not cut out for conference starting, just speaking for two sessions was enough to almost put me over the edge. So, no, I did not plan or put on or be in charge of this conference in any way. And that means I cannot take any credit for the huge, undeniable success that it was.

First of all 600 yes, SIX HUNDRED women attended. And I’m not saying I had low expectations but, this conference was planned in 3 months and it was intended that 250 women would attend. But demanding women won out {don’t we always} and Jen and Jenny worked their fingers to the bone. Plus, I didn’t realize that Jen and Jenny must have been specially made to run conferences. I watched. They worked really well together. Plus, I think they each did like 784 sessions during the weekend. 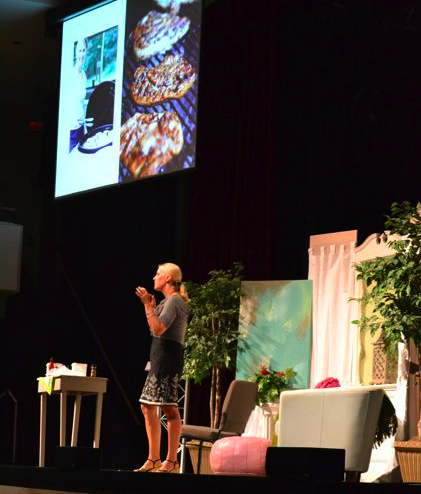 Angela and I were only able to hear Jen and Jenny speak once. And let me tell you, Angela was scrambling for a scrap piece of paper to make notes on and I came home and the next day bought a Sunday paper and immediately got back to my CVS shopping/couponing that I used to do every week. I got 5 or 6 SIX packs of paper towels, 5 or 6 embarrassingly large things of toilet paper {having a stock pile of both of these items makes my husband inexplicably happy} and two $10 gas cards. Jenny’s blog has all the deals organized and Jen reminded me of how much money I used to save just by paying attention. 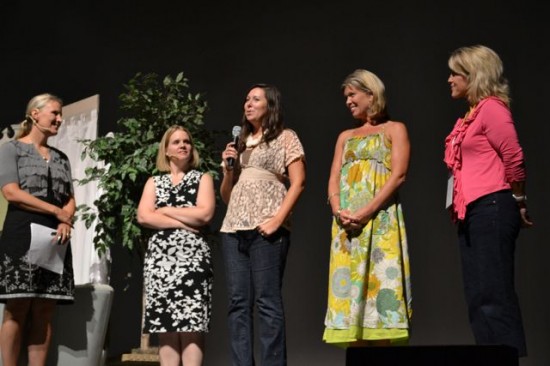 Deciding to speak at this conference was agonizing. I pretty much made my husband decide for me. I knew the prep work would eat up my summer and it did. I’m happy to report that it didn’t rob me of enjoyment~I was able to fully experience summer and trips and hanging out with three fun boys and a cute husband but, when I was home, when I had time dedicated to work, instead of putting that into blogging like I normally do, I opted to work on my sessions. We also ate out more, my house is probably the most disorganized and dirty than it has ever been {my vacuum broke a month ago and I’ve yet to buy a new one} and I gained at least 5 pounds this summer.  I don’t know if that last part had to do with the conference but while I’m in the mood to blame, why not?  I could feel the blog quietly suffering but, something had to give and that was either family time or blog writing time or preparing to talk in front of a live audience.  Plus it’s summer, I was planning a blogging break anyway. 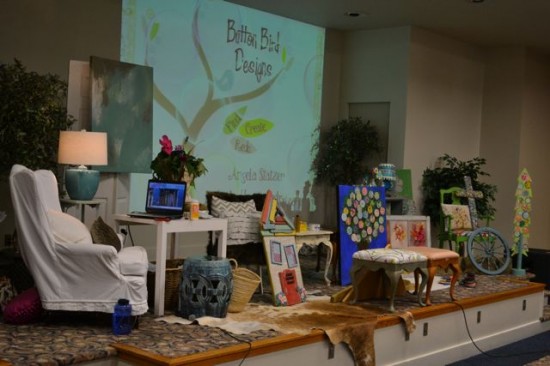 I knew these talks I was preparing weren’t a one time deal. Once they were done I had something I could use over and over again~like hopefully at next year’s Becoming Conference.  That had value for me and for others. Remember that series I started back in May or June? The one I never got passed the second article:: 10 Decor Ideas Credit Card Companies Don’t Want You To Know About? Well, I adapted that to a session and now I’m at 16 Decor Ideas and counting. I’m not sure what’s going to become of that session but, it’s more than a series on this blog unless I want you all to grow weary and hate me. 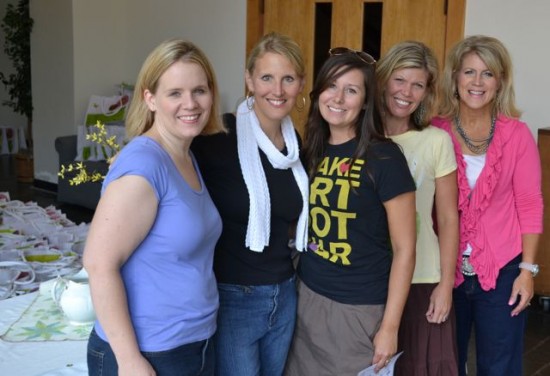 My mind is mush.  I feel uncreative, uninspired and tired.  I crave change.  And it’s coming.  My boys start school next Thursday.  I’ll have hours of uninterrupted, guilt free time, something I’ve had only a few times this summer and when I did have it, I desperately felt I needed to dedicate it to the conference.

I have had my email auto respond summer “I’m on a break email me later” up since June 21st and I’m taking it down September 1st.  I have so many emails that I’ve wanted to respond to and I’m not organized enough to do it.  I’ve forgotten to return texts and phone calls and RSVPs.  I have guest posts waiting to be published, and posts I can’t wait to write.  And I have a contest that I did weeks ago but haven’t announced the winners. This is what speaking engagements do to me. 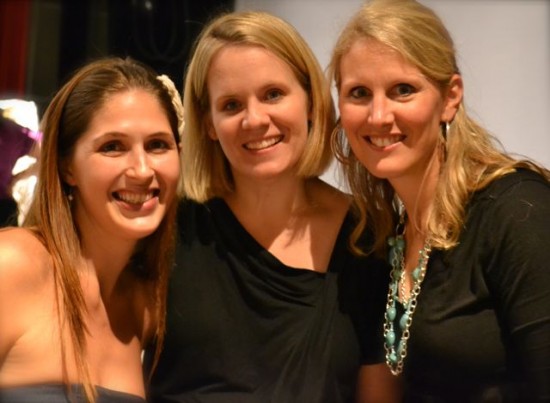 I’m reminded of the fact that I’m the kind of person who needs great margin.  I probably need more margin than you.  Sometimes I hate that about me and I’m jealous of people who can be all non-marginy. But, I know that margin is where creativity happens for me.  Margin is the planned unplanned space where I have 45 minutes to talk to a neighbor at any given moment.  If I don’t have margin, suddenly, answering emails feels like a chore.  I had a marginless summer and I’m so glad that is changing now without a looming speaking engagement haunting me.  As much as I loved it and as much as I’m glad I did it, nothing compares to protecting that much-needed, priceless margin.

All of these photos were taken by the captivating, darling Ruth from Living Well Spending Less as I was too preoccupied to take any photos.