← Your House Is On Fire... Summerize Your Nest → 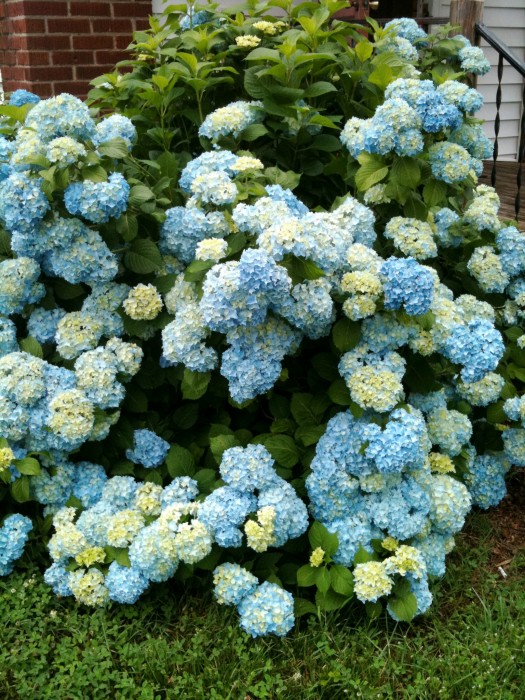 For weeks I’ve been stalking a nearby business that happened to have two of the most profusely blooming hydrangeas that I’ve ever laid eyes on.  I would drive by extra slow and wonder in my head if the owner really appreciated the flowers, maybe they were a family heirloom, maybe they were a nuisance?

I told my mom about the bushes the other day while driving with her and my theories on how the people probably love them so much they are their prized possession, watering them all hours of the night or, maybe men own the place and have no idea the treasure that they get to enjoy, just letting them go to waste.  I told her how I had thoughts of knocking on the door and asking if I could cut some.  I was prepared to trade my car for an armful of these gorgeous blooms. 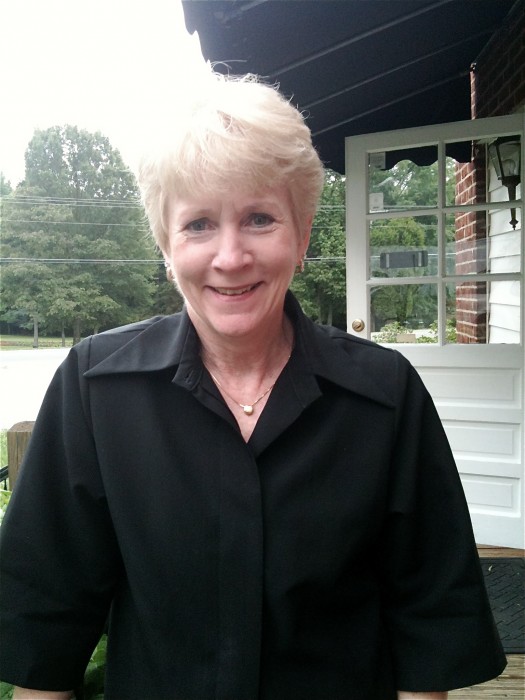 And so she did. And my mom met the owner and the owner of the hydrangeas did love and appreciate them. 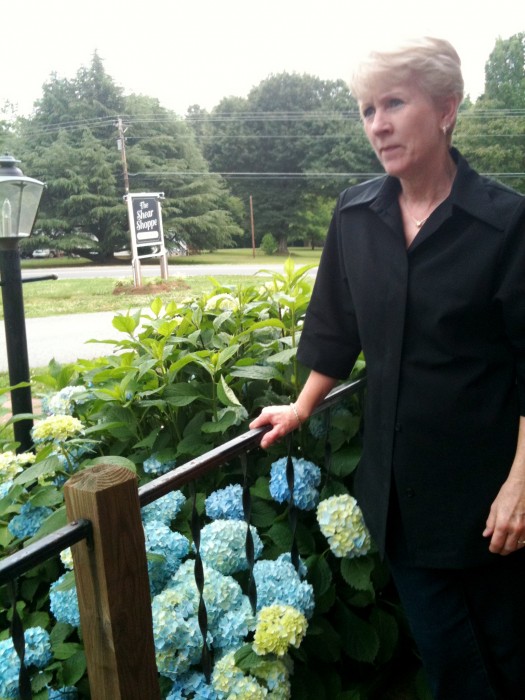 She told us how easy they were to grow.  Then she told me to cut as many as I want as she handed me a razor.  I told her I’d just take a few from the back side.  “Take them from the front” she said, “Take whatever you want.”  As I left with my arms loaded down she asked it I was sure I got enough.  I think I uttered something about this being one of the best days of my life. 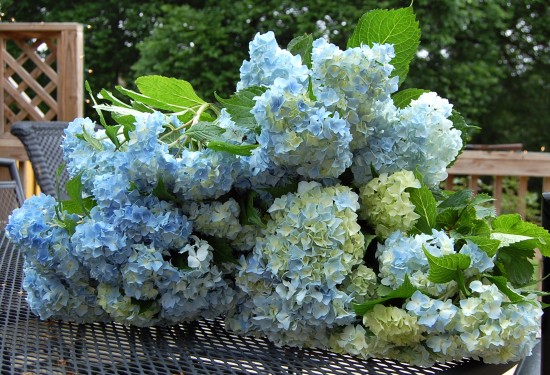 I brought home an embarrassing amount.  When we pulled away, I looked back at the bushes to make sure they didn’t look too bare, you couldn’t even tell I had cut any.  I thanked my mom profusely for asking for me while I hid in the car.  She told me not to take a picture of her because she hadn’t had a shower yet. 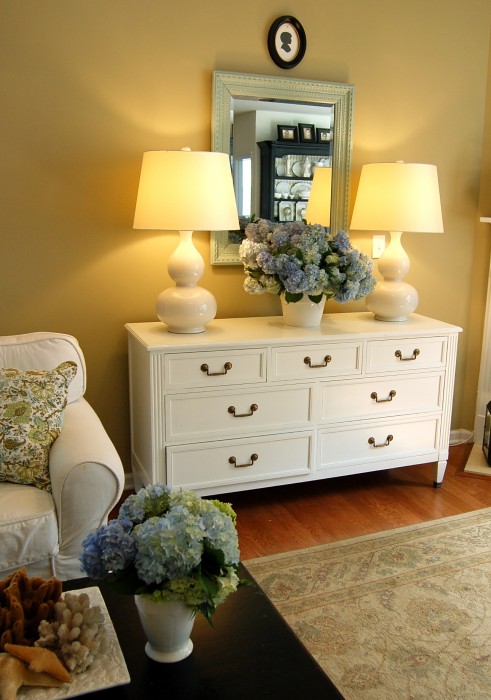 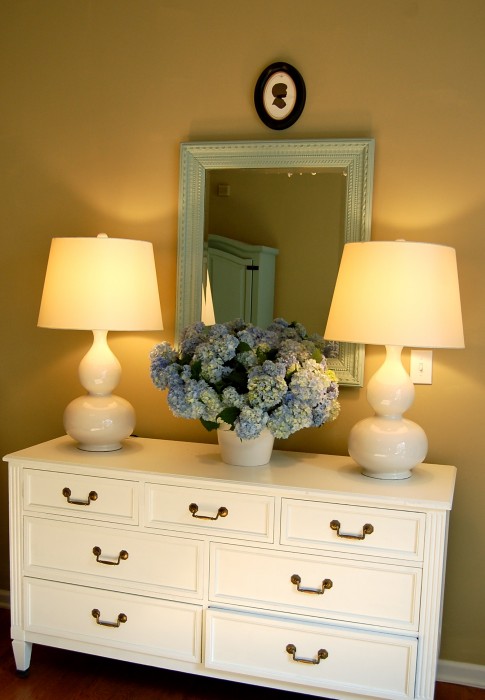 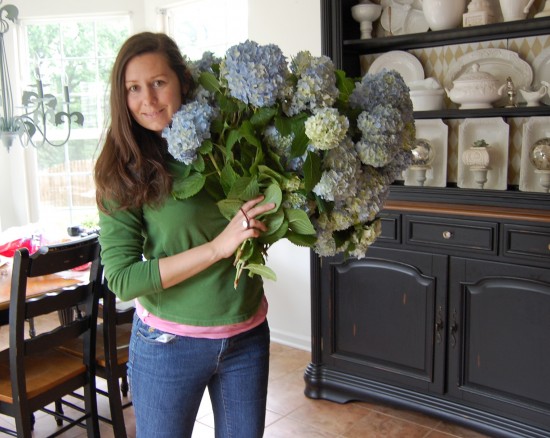 I decided that one day, when my hydrangeas were full and loaded down with the weight of their blooms, I too, would give them to someone who truly appreciates them.  I’ll say things like “Cut from the front, take the prettiest ones,” and “are you sure you got enough?”.  And that person will let their picture be taken because even though they didn’t have a shower they want to remember the gift.