The Best Three Dollars I Have Ever Spent

And the worst Four Hundred. 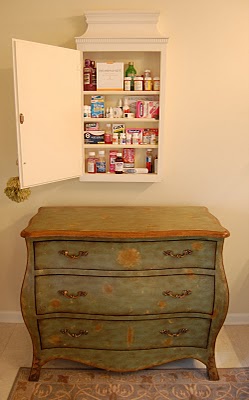 A few years ago I remember going to a neighborhood yard sale with my mom and my sister. It was one of those where you pull into the neighborhood and you just know that you will find treasures. It was the perfect mix of young and old. You know one of those established neighborhoods where when the old people die the young families move in and fix up the houses? Those are the best for yard sales. You can find the cute pair of Target jeans and clothes for your boys right next door to some old transferware in perfect condition. All for $4.

So we pulled in all giddy like trying to quickly pick the best route while avoiding running over moms with strollers. Saturday mornings are like a drug for me. I lose my mind. I cannot think strait. We pulled up and found a parking space and from afar I spotted some kind of white cabinet. Oh, I had to have it. Of course, I didn’t know if these yard salers were ignorant and thought that their junk was priceless or ignorant and thought that their junk was junk. I prefer the ladder. I mean latter.

Well, when I walked up, the wife had just stepped in the house and I knew it was my chance to pounce. I asked the husband how much he wanted for that old medicine cabinet {always call stuff old or dirty if it is} . He was completely helpless and tried to find his wife as I flashed a smile to my mom who was not paying me any attention. He came back outside without her and told me that he couldn’t find her so how about $3. I controlled my facial expressions like an award winning actress, hesitated, sighed and said “um, okay.” I knew that I had to work quickly so as to avoid the wife who I knew would have charged more for the cabinet. I handed him the cash and grabbed my prize which turned out to be really heavy. Good, that meant it was well built. While running through their front yard and darting to the car, I felt like a real woman. I went for the kill and provided for my family! What a HIGH! This was clearly a win for me. If they would have put $30 on this sweet item I would have considered it! Here it is in my old house. Love it! 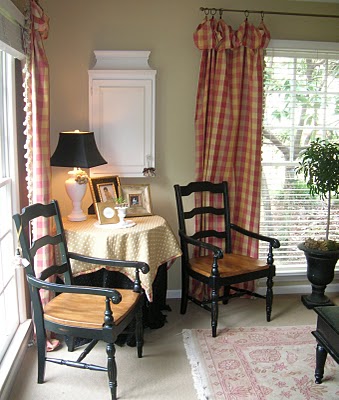 Now, I have it hanging in my bathroom which is embarrassingly huge. It echoes. For real. I hung it over the worst deal I ever got.I really liked the green… what’s that thing called? It’s got a fancy name. I could call it a dresser but, then you would know that I am not a real designer. Well, the dresser {the secret is out anyway} was priced fair enough for a new piece. The problem is, I put it on a credit card. This is the first and only piece of furniture that I have ever charged. Well at least that I have ever charged and not paid off before any interest accrued. It was a big mistake and I hated it for the first couple of years. Now, I like it but, I still regret charging it. I just don’t get the same enjoyment out of paying full price plus interest. 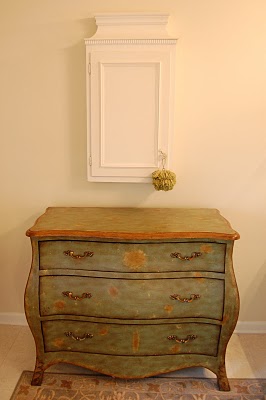 Do you have a fantastic purchase in your home? Do you have a piece that you regret? Did you buy something from Rooms to Go that has already fallen apart and you haven’t even started paying for it yet? I think most of us have been there. I think the best way to learn not to do something is to do it once and reap the consequences. I also feel like the cabinet kind of makes up for the commode, bureau, chest thing even though I am probably still paying for it and it’s probably cost me $1578 so far.